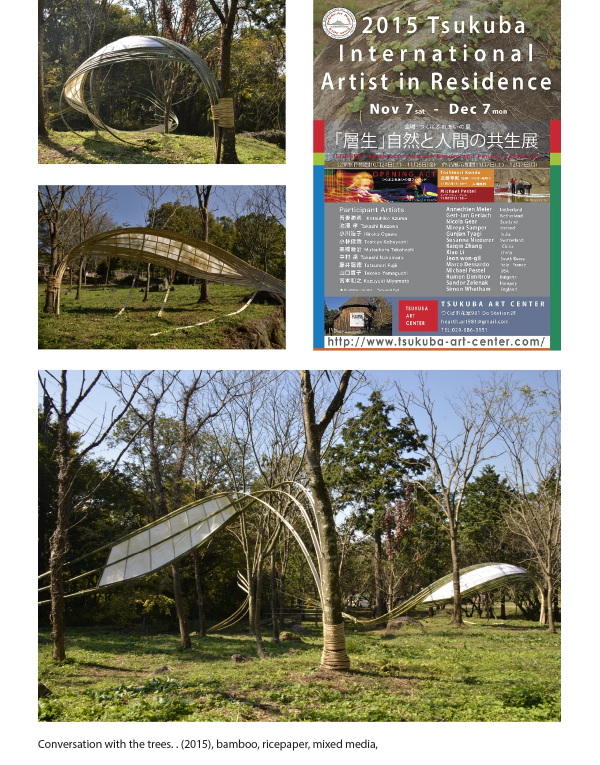 “SOUSEI:”Symbiosis between Nature and People

The natural world occasionally inflicts tremendous damage on people through such catastrophes as an earthquake or a volcanic eruption that are caused by diastrophic movements. Within such environments, people have learned from nature and coexisted with nature. Through many generations, people have lived in many layers of time, during which each generation familiarized themselves with the space and climate in which they lived. But then, one may ask, have we really continued to develop toward cultivating our spirits and cultures up to the present day? Mount Tsukuba, facing the Kanto plain, was formed through upheaving movements of the ground. The appearance of the foot of the mountain that beautifully extends outwards was created from the accumulation of small sedimentary rocks that had gathered in a way that filled the gaps between the uneven bedrock. Mount Tsukuba, with its famous legend about welcoming a deity, has been popular as a subject of worship ever since ancient times. An abundance of spring water is distributed at the base of the mountain; hence, the entire mountain is covered with lush forests. The venue, Fureai no Sato, of the International Tsukuba Artist-in-Residence Program is situated in that environment. How will the domestic and international artists who are invited to this program transform this area into “sites of artistic expressions”via their respective experiences from their own cultures?